An interview with Natasha Barrett, pt.3

USO: Pier Paolo Pasolini said that progress without a true cultural development is irrilevant. What is for you the actual relationship between technological progress and the living electroacoustic music community?
NB: One needs to be careful not to confuse cultural development and technological progress. They are of course tightly linked but not exactly the same thing. Cultural development is more complex to define than technological progress (which is also problematic and it is maybe better to discuss ‘technological change’). During recent years, technological change, which has made tools easier to use, has had a two-fold effect. We see a greater interest in non-pop electroacoustic music (everyone is ‘hands on’ for a small cost) - which we can say is good, coupled to a wave of similar sounding works - which we can say is not necessarily bad because the people who are active clearly have a lot of fun! But its difficult sifting out the really good work - simply the number of hours of music you need to listen to before funding a gem. Another change is in the music storage and distribution system. Currently Internet distribution is open and easy, which we could view as both a technological and cultural development. But as new laws and market forces come into place these changes may involve a cultural recession. 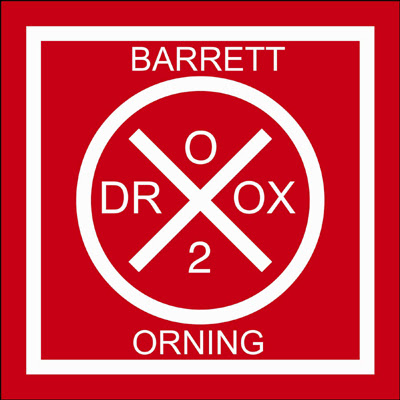 USO: What is it that makes your collaboration with Tanja Orning (DR.OX) particularly inspiring?
NB: I find that working with a real, responsive person in an improvisation setting demands a different way of working and thinking to when sitting alone composing. This variety I find important. For someone else to throw in ideas that aren’t your own always makes collaborations interesting, but specifically to my live electronics improvisation it means I have to think very fast – and that’s fun! I also have similar project with a Swedish guitarist Stefan Ostersjo.

USO: What is the main difference between composing for a fixed medium and for a live performance involving real players?
NB: There is a lot to say about this, but here are some points concerning only acousmatic versus live electroacoustic music with visual performers. I leave out lap-top performance as that opens up a slightly different discussion.

The point of the acousmatic is that there is nothing to perceive via our eyes that will concretise the original sounding object, nor where the sound came from, nor the situational context in which the sound was made. In the visual context we receive a layer of visual information that renders the sound concrete.

Acousmatic listening is part of our everyday. Listening, understanding and ‘getting into’ acousmatic music is simply to focus on the acousmatic experience within a realm where human experiences are moulded, reconfigured and reconnected by the composer. Listening to acousmatic music is therefore natural. The perception of complex structures requires no understanding of Western instrumental music – no training beyond life in general. When we involve an instrumental performer, even if we avoid connection to history in our compositional material, the listener on the other hand identifies the instrument and enters a listening mode based on their understanding of instrumental music – at least to some extent.

Visual electroacoustic music may incorporate pre-made sound material and create ‘live’ electroacoustic material from sound or data derived from the live performance act. We need to consider the many relationships between these layers and the live instrument.

USO: What's on your schedule at the moment?
NB: Over the next week I must complete the score for a live-electronics work called “Zone-1” (for percussion, piano, clarinet and a sizeable live electronics part). This work will be tested early January ready for premier in February. I also set up an old installation Microclimates III-VI and complete a new CD project with Swedish guitarist Stefan Ostersjo. March I’ll be in the UK to perform a concert and lectures, then finally (hurrah!) getting stuck into the new commission from the Giga-Hertz competition.
[ Prev | 1 | 2| 3 ]