"A soundscape is any collection of sounds, almost like a painting is a collection of visual attractions," says composer R. Murray Schafer. "When you listen carefully to the soundscape it becomes quite miraculous." David New's portrait of the renowned composer becomes a lesson unto itself, gracing viewers (and listeners) with a singular moment of interactive subjectivity. This film was produced for the 2009 Governor General's Performing Arts Award.
[nfb.ca/film/listen]
published by Matteo Milani at 1/27/2011 No comments:

Interacting with Inner and Outer Sonic Complexity: from Microsound to Soundscape Composition (Barry Truax) from VCMM on Vimeo.

It is possible to think of the two extremes of the world of sound as the inner domain of microsound (less than 50 ms) where frequency and time are interdependent, and the external world of sonic complexity, namely the soundscape. In terms of sonic design, the computer is increasingly providing tools for dealing with each of these domains, such as granular synthesis and multi-channel soundscape composition. The models of interaction involved with the complexity of each of these domains are instructive, and will be presented with sound examples.

Barry Truax is a Professor at Simon Fraser University where he teaches courses in acoustic communication and electroacoustic music. He has worked with the World Soundscape Project, editing its Handbook for Acoustic Ecology, and has published a book Acoustic Communication dealing with all aspects of sound and technology. As a composer, Truax is best known for his work with the PODX computer music system which he has used for tape solo works and those which combine tape with live performers or computer graphics. In 1991 his work, Riverrun, was awarded the Magisterium at the International Competition of Electroacoustic Music in Bourges, France, a category open only to electroacoustic composers of 20 or more years experience.
published by Matteo Milani at 1/23/2011 1 comment:

The Sound World of Dario Argento

"Sounds To Die For - Speaking The Language Of Horror Film Sound"


A fascinating behind the scenes look at the previously unexplored territory of horror film sound. Through in-depth analysis of sound in the films of Dario Argento and discussions with leading practitioners, this book explores our inherent relationship with sound; examining how and why specific sounds are chosen and utilised to express and manipulate human perception and emotion.
[read more: flaithulach.co.uk]
published by Matteo Milani at 1/11/2011 1 comment:

The wait is over: #StarWars Saga coming to Blu-ray :-)

Lucasfilm announced that the complete Star Wars Saga will be released on Blu-ray in September 2011. 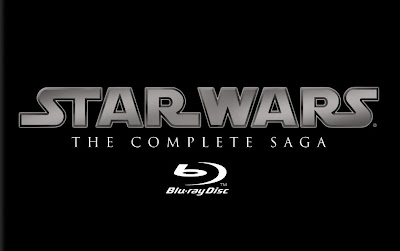 We already pre-ordered Star Wars: The Complete Saga at Amazon.com (with a substantial discount)!
[read the full Lucasfilm press release on StarWars.com]
[watch the video promoting the release]
published by Matteo Milani at 1/06/2011 No comments:

An interview with Frank Serafine (via Tron Wiki)

Tron Wiki founder Max Petrosky discussed with Frank Serafine - who was the sound designer on the original Tron film - about how some of the movie's most memorable sounds were created and how they were put together using technology no one have ever used before for sound editing.
Max Petrosky: I want to discuss about how you created some of the sound effects. I remember you were telling me earlier that the Lightcycle was created by using a Prophet-5 synthesizer. What it just a Prophet-5 or was it motorcycle sounds mixed in with the Prophet-5?
Frank Serafine: Yeah, it was a combination of Sequential Prophet-5, Minimoog, and then motorcycles that I recorded out in the field with Mike Fremer. We went out to this place called, The Rock Store, it's like the only place in Southern California where you can come and race in motorcycle racing, because it's so far out there in the middle of nowhere, and hard to get to that the only way they can catch people is by helicopter. So, they leave everybody alone out there and these guys go out there by the hundreds and race. We got these guys to come and do some incredible stuff for us. You know, all of their "crotch rockets" and racing through the hills and then we were able to mount the microphones onto the motorcycles and have them drive around and Michael Fremer had this interesting Saab Sonett 4-cylinder sports car and we put microphones inside the engine and went, you know, that same day, went riding around with his car and we ended up using a lot of that as well.
MP: How did you make the sound of the Recognizers?
FS: That was a program I created on the Prophet-5. It was kinda derived from a helicopter preset that was one of the original presets in the Prophet-5 and then I modified it and came up with the Recognizer sound.
I performed it by pitch wheel and modulation wheel right down to 24-track, so all of the Doppler effects and everything I did electronically.

[Recognizers]
MP: How did you make the sound effects for the disk flying through the air?
FS: That was a combination of a monkey scream backwards processed through a flanger and it was also another one of those weird synthesizer effects that I was able to create through the modulator and also I took a big wire cable spin and that was the whooshing element. The monkey was kinda like the element that was suppose to come around your head because we were doing a lot of surround effects with that disk throw stuff and we wanted it to be kinda like something that flew around your head and really scare you, you know, monkeys are kinda freaky sounding. So, I turned it backwards and you couldn't recognize that it was a monkey scream really. I affect the pitch the little bit, you know, what I like to do was back then I was using 1/4" tape recorders so I able to create really interesting elements by just turning the speed up and down on the tape recorder. That's the thing, a lot of the new digital work stations don't get you the sort of controllers and things we had back then to create special sound effects. They don't exist in the digital world right now. I'm creating a plug-in called the Serafine FX Tron from Sonic Reality and it's going to be a plug-in that you can play either through Pro Tools, Logic or Soundtrack Pro and you'll have all the fun stuff that we had back then: turning the sound backwards, affecting the pitch, manipulating all the elements and having a really strong search database engine to find all the effects in the library quickly and then you'll be able to perform on a keyboard, the same way I did it in Tron. We're developing that right now because it doesn't exist and it's very hard for people, they just basically take sounds out of a library and stick it into Pro Tools and that's it.

MP: How was the voice of the MCP created?
FS: It was processed through an Eventide Harmonizer and I able to lower his voice down like almost an octave, to make him sound like God, you know? And then, we had the Lexicon 224 Reverbs and that's how we created the massive "canyon-effect" that he was in. It was real heavy processing on the stage and they had him going through all 6 channels and it was a custom patch that I did, in order to get that big deep sound. And I was the one that had the Harmonizer. Now, every body's got one, but back then they were so expensive that the mixing stage didn't have one, so anytime they wanted to do special effects on the dub stage they called me in and I did all the processing on the stage. Like for instance, all the footsteps, you know like how it sounded when they walked, like a flanging kinda delay. It was a sneaker on cement with processing and that's what we basically came up with and that was used on the dub stage when we did our pre-dubs. We went and we processed all of the footsteps in a way that we all decided that was the best sound for the world and then I did all that processing on those foley effects.

[Master Control Program]
MP: How was the sound for the Tank was created?
FS: The Tank, again, was my Prophet-5 and I just basically performed them like I did the Lightcycles. I came up with a really cool, buzzy electronicy, "tanky" effect and then I created a bunch of them because every tank had to have a different sound. I had to go through and create different sounding tanks every time they started up so it didn't sound like a clone. It was a lot of design work on a lot of those tanks. As they lit up and everything, that was a special effect that I created using Minimoog stuff, you know, like a flash element like a pink noise flash through a flanger.