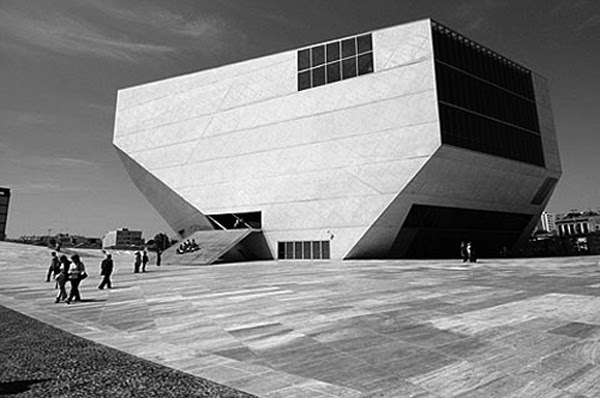 Inspired by Portugal's proud history of navigators who set out to explore beyond the known and visible horizon, the theme of this year's symposium is "Explorando o espaço do som" (Exploring Sound Space) in honor of those who are exploring new methods, concepts, and ideas, beyond the familiar horizons in sound and music.

Universidade do Porto and Symbolic Sound invite you to share your ideas, experiences and results with fellow practitioners by submitting a proposal related to this year's theme, including topics ranging from the most literal to the most abstract definitions of sound, space, and exploration.
The KISS2011 program will also include master classes on sound design, CapyTalk, and other Kyma topics, plus the annual demonstration of what's new in Kyma this year.
[more info about the Call for Proposal here]

Questions? Please send email to: info.kiss2011@gmail.com
published by Matteo Milani at 4/06/2011 No comments: Link to this post

The works included in 'hiSS [Synesthesia Sampler] vol.1' have been produced using only analogue devices and processing tools - such as no input mixers, analogue synthesizers and custom-built or hacked/reconfigured instruments.
Without the use of computers or digital devices, the 4 pieces recall an era from the 1950s-70s, when most of the electronic music makers around the world had limited resources and quite primitive equipment.
The compositional techniques are available in the following document:

Volker Hennes (b. 1976) is a sound artist and composer. He studied at the Academy Of Media Arts Cologne from 2000 till 2005 – mainly at the Sound Laboratory, at which he was employed as assistant for two years. Focuses on live-electronics, acousmatic and electroacoustic music, computer music, field recordings, multichannel and interactives works, and installations. Works have been performed and presented internationally; e.g. Metamorphoses / Belgium, ICMC / Copenhagen, Concordia University/ Montreal, Música Viva / Portugal, MANTIS Festival / Manchester, Festival Internacional de Música Electroacústica Ai-Maako / Chile, A & A Elektrokonzert / Argentina, Digital Art Weeks / Zürich, SMC, Inventionen / Berlin. In 2003 he founded All Of Orlov with Robert Vater, since then performing duets and duels. Member of the audiovisual performance and improvisation group Frequenzwechsel.
[www.earesistible.de]


Chris Mercer received a B.M. in Composition at the North Carolina School of the Arts in 1995, and a Ph.D. in Composition at the University of California, San Diego in 2003. His principal teachers were Chaya Czernowin and Chinary Ung - instrumental music; and Peter Otto and Roger Reynolds - electronic music. He has held artist residencies at Experimentalstudio SWR, Künstlerhaus Schloss Wiepersdorf, and Sound Traffic Control in San Francisco. His music has been performed by The Nonsense Company, Ensemble Ascolta, Ensemble SurPlus, SONOR Ensemble, and Schlagquartett Köln. His most recent electroacoustic music and research have focused on animal communication, especially non-human primate vocalization, with research residencies at the Duke University Lemur Center, the Wisconsin National Primate Research Center, and the Brookfield Zoo.
His instrumental music involves modified conventional instruments, found objects, and instruments of the composer's own design, in combination with amplification, live electronics, and spatialization. He has taught electronic music at UC San Diego, UC Irvine, and CalArts, and is currently coordinator of the Music Technology program at Northwestern University.
[musictechnology.northwestern.edu/Mercer]


Since the start of the 1990s Ian Helliwell has been making films and building and modifying 9v circuitry, developing his unique series of Hellitron tone generators, which are used for live performance and for the soundtracks to over 50 of his experimental super 8 shorts. In 2007 he designed and built an analogue synth, the Hellisizer 2000, and since 2008 he has been producing The Tone Generation, his ongoing radio series which explores the early development of electronic music. In 2010 several of his abstract super 8 films have been included in a major retrospective of direct animation - Celluloid: The Cameraless Film at the Schirn Kunsthalle in Frankfurt.
[ianhelliwell.co.uk]


Jeroen Visser (1961) is a musician and a composer living in Zürich, Switzerland. His primary instrument is classical piano, and he is also a self-taught woodwinds player. After his study of Sonology in Utrecht, being taught by a.o. G.M. Koenig, J. Vink, and S. Tempelaars, he worked as musician and sound engineer. From 1988-1992 he worked as music technologist at the Sweelinck Electronic Studio in Amsterdam, NL.
After his relocation to Zürich in 1993, he has been composing music for groups and theatre, where he was also responsible, as musical director, for productions, and making musical or sound installations. Recent musical activities, apart from electro-acoustic compositions, include studying ethiopian music, and playing music which investigates the combination of improvisation and musique concrete.
[121234.net]

published by Matteo Milani at 4/02/2011 No comments: Link to this post