Matthew Wood to create the voice of General Grievous

After the completion of 'There Will Be Blood' as supervising sound editor, Matthew Wood, voice of General Grievous, kept himself busy in Mexico City for "Expo Coleccionistas 2" from 3rd to 5th August at Mexico City's World Trade Center. 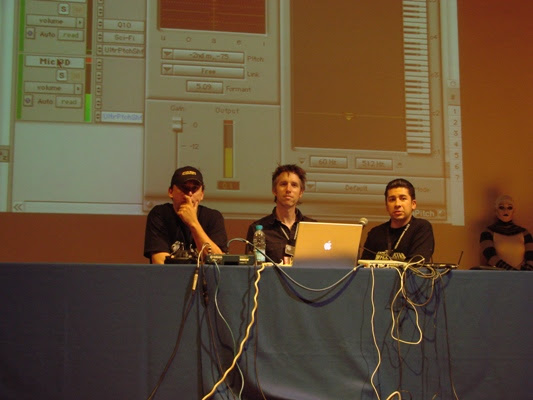 Star Wars: Clone Wars animated series, the character was voiced by John Di Maggio (Chapter 20) and Richard McGonagle (Chapters 21-25); for Revenge of the Sith, the Revenge of the Sith video game, and Star Wars: Battlefront II, he was voiced by Matthew Wood. With Matthew Wood's portrayal, Grievous has a stereotypical heavy Russian accent. The character was initially going to be voiced in Revenge of the Sith by actor Gary Oldman; however, he later learned that he was unable to do so, as the movie was being made outside of the Screen Actors Guild, of which he is a member. The audio effects for the coughing were taken from director George Lucas, who had bronchitis during principal photography.

The official Star Wars website released for Halloween of 2005, a Halloween-themed audiocast featuring Star Wars sound effects along with new dialogue specifically recorded for the file by Matthew Wood. Initially, it was available only to Hyperspace members, but beginning October 2006, it was made available for download to all readers of the site. Slip on your headphones and listen to this 18-minute audio file to enter Ben Burtt's magic soundscape.

[Ben Burtt reveals some of the Episode III's sound secrets]

[a video-interview with Matthew Wood]

published by Synesthesia Recordings at 8/05/2007