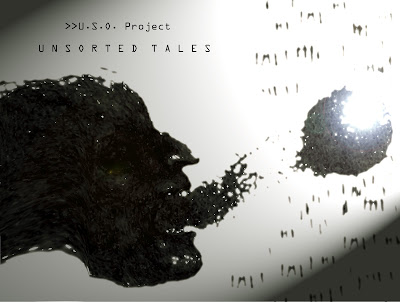 It's night.
There are no precise coordinates, nor recognizable signs that can lead us back to a familiar place.
And yet those sounds remind us, almost pathetically, of a summer night scene, to which we listened countless times.
But that’s not what this is.
The slow and articulated flow of pulsating energy gradually takes a structure, enabling us to be part of something very different.
The flow surrounds us, passes through us.
We can’t see it, nor touch it, but every particle interferes with our body, with our biological substrate. Far away, a storm is coming, perhaps.
It’s neither natural, nor inoffensive. It deceives us with the variety of its harmony of timbres.
The structure suddenly changes, reorganizing itself while turning us into something new.
A breach made of light. It’s oscillating.
Then, silence.
The air stagnates, suspended and motionless.
An electrical impulse.
One more. Others follow, one after another, fainter and more distant.
(Sounds), like petals made of ash.

"Nibble, nibble, gnaw,
Who is nibbling at my little house?"
The children answered: "The wind, the wind,
The heaven-born wind."


Gretel's New Clothes is, in a way, an acousmatic reinvention of the famous fairytale by the Brothers Grimm. It is in the form of a Rondò.
There is no attempt to literally retrace the story, rather to suggest it in a subtle way, through the use of strongly characterized sound materials (footsteps in the woods, the wind, the "sounds" of the night...) which are then dialogically processed during the final Violin and Cello improvisation.

“They walked the whole night and all the next day too from morning till evening, but they did not get out of the forest, and were very hungry, for they had nothing to eat... And as they were so weary that their legs would carry them no longer, they lay down beneath a tree and fell asleep.”


Psalm21 is not a religious work. There is no implication of a celebratory or ritual nature. The dominant and recurring element during the composition of the piece, is the relationship between creation (as a constantly evolving act), creator (of which we ignore existence and features) and creature (as a self-conscious subject that reflects on his nature). These three elements are the driving force around which the work unfolds.