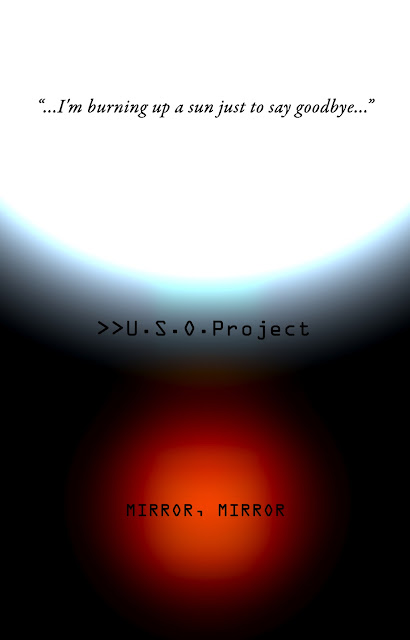 
The concept of multiverse was first introduced in the so-called “many-worlds interpretation” (MWI) of quantum mechanics by Hugh Everett III in his PHD thesis, "The Theory of the Universal Wavefunction". His model was thought as an alternative to the renowned theory called “Copenaghen interpretation”, developed by Niels Bohr and Werner Heisenberg.

The MWI interpretation postulates that every quantum measurement process (at Planck’s scale) creates, as a consequence, a division of the observed Universe into multiple parallel universes - as many as the possible outcomes of the measurements are.

In different formulations of this concept, all the universes - which form the Multiverse - are structurally identical, and they can coexist at different states even if they possess the same physical laws and fundamental constants.

We need to take into account that those universes are non-communicating (there cannot be any information exchange between them).

In an episode of the famous TV series “Doctor Who” - the episode was Doomsday, written by Russell T. Davies - the Doctor finds himself in the situation to make a difficult and dramatic choice: separating from the person who probably loved him the most, by “exiling” her in a parallel universe to guarantee her safety and survival.

It is worth mentioning some parts of the dialogue from the original script of the episode:

Rose comes to a halt in the middle of the beach and stands there, waiting. A short way to her left, the Doctor fades out of thin air. Rose turns to him. He's slightly translucent.

The Doctor is, in reality, standing by the TARDIS console facing straight ahead.

There's one tiny little gap in the universe left, just about to close. And it takes a lot of power to send this projection, I'm in orbit around a super nova.

I'm burning up a sun just to say goodbye.

Sure enough, the TARDIS is spinning around a beautiful super nova.

He takes his sonic screwdriver out of his pocket.

He points the sonic screwdriver at the console and somehow this strengthens his projection.

The Doctor now looks as solid as if he were really there. Rose walks over to him and raises a hand to touch his face.

Can't you come through properly?

The whole thing would fracture. Two universes would collapse.


The scene partially violates the no-information-transit prohibition between the two universes, but the subterfuge used in the story (the two characters cannot touch, only see each other), somehow preserves the assumption presented by the MWI, only conceding a small but necessary poetic licence.

In the same episode, there is a very touching scene, where the two characters (Rose and the Doctor), right after their isolation in two different universes, are in front of one another separated only by a simple white wall.

This border, imaginary and symbolic, which divides not only two places in the same space-time continuum, rather two whole universes, gave us an idea.

We wanted to offer that experience as an installation. We wanted to allow the audience to listen to whatever is “on the other side”, beyond that wall, and we wanted all this to happen in real time.

That’s how Mirror_Mirror was born.

The installation is organized inside a space.

What does this mean?

The space in itself, when it isn’t filled with matter (empty), is in reality permeated by low energy levels continually fluctuating.

These fluctuations in the void, have a particular significance on a quantistic level (we refer to the Planck scale, so at infinitesimally small dimensions).

In quantum mechanics, these fluctuations represent temporary shifts in the energy state of the void space, according to the Heisenberg Uncertainty Principle.

This means that the Conservation of energy principle can be violated for very brief periods of time (the lower the energy, the longer the fluctuation can persist.)

This energy can decade and take the shape of pairs of particles and antiparticles (which then annihilate each other).

In substance, the amount of average energy on a larger scale remains constant. Nothing is created, nothing is destroyed.

“There is a fact, or if you wish, a law, governing all natural phenomena that are known to date. There is no known exception to this law—it is exact so far as we know. The law is called the conservation of energy. It states that there is a certain quantity, which we call energy, that does not change in the manifold changes which nature undergoes. That is a most abstract idea, because it is a mathematical principle; it says that there is a numerical quantity which does not change when something happens. It is not a description of a mechanism, or anything concrete; it is just a strange fact that we can calculate some number and when we ﬁnish watching nature go through her tricks and calculate the number again, it is the same.” - R.Feynman

It was in our interest to draw an analogy in the sound domain, allowing the audience to directly experience this phenomenon.

As a consequence, we created an application able to “sonify” ideal energetic fluctuations (generating pressure waves, structures and emerging behaviours), starting from the lower energy level available, which is the background noise.

Thanks to the Kyma software implementation, and the use of microphones, it was possible to “measure” background noise and , through a series of negative feedback operations, enable the instrument to create “something”, using all the information available in our space/universe to create temporary energetic fluctuations (statistic variations of the density of sonic quantums’ “packets”), without violating the Conservation of energy principle - in fact, the average energy quantity, altogether, remains the same.

We’ve thus arrived to the gravitational center (here we have no more fluctuations, only numerous certainties, due to the dimensions and mass of the object) of the opera, which is represented by a wooden artifact, symbolically revisiting the white wall we came across in Doctor Who, which divides our universe from another possible universe.

Which one it is, the visitor will have to find out for himself.

By placing a stethoscope on the wooden surface. the observer will be able to “measure”, with various levels of definition, the sounds coming from another probable universe out of phase with ours.

In fact, as identical as it will seem, it strangely does not share the same temporal parameter.

From quantum mechanic and its Multi-Worlds interpretation, we know that every measurement operation will produce a further division of the universe.

So, it is possible that in the end, there will be as many universes as the present observers.

And, paying a little attention, it will be possible once again to listen to the voices of Rose and the Doctor, as if they are suspended in a temporal loop, to remind us that maybe, the current physics laws, could not be the same in every place and every time.