OpenSound Control is an open, transport-independent, message-based protocol developed for communication among computers, sound synthesizers, and other multimedia devices.
OSC is often used as an alternative to the 1983 MIDI standard, where higher performance, higher resolution and a richer musical parameter space is desired. OSC messages are commonly transported across the internet and within home and studio subnets using (UDP-IP, Ethernet).
The advantages of OSC over MIDI are primarily speed and the comparative ease of specifying a symbolic path, as opposed to specifying all connections as 8-bit numbers.

Symbolic Sound Corporation has expanded the list of devices and applications that can communicate with its Kyma sound design environment by adding support for OSC to control parameters of Kyma sound synthesis and processing algorithms. OSC communication requires the Paca or Pacarana sound engine.
Using Open Sound Control, users can interact with Kyma using a variety of real-time controllers and software that offer higher resolution and faster update rates than can be achieved using traditional, standard MIDI controllers, such as the newly announced Apple iPad (and compatible iPhone and iPod Touch), the award-winning JazzMutant Lemur multi-touch surface, among the others.
OSC-enabled Kyma X.74 is a free software update for registered Kyma X owners. 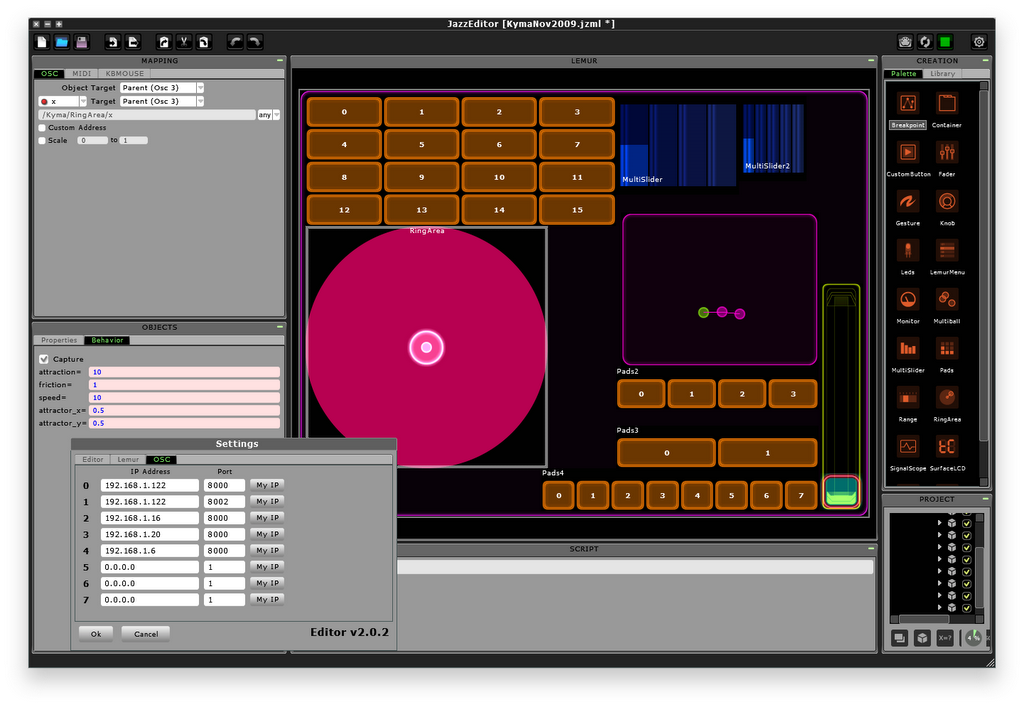 [Jazz Mutant Lemur with Kyma]
Wrapping Other Protocols Inside OSC: MIDI over OSC

Users can make good use of one of the following applications for sending MIDI over OSC to Kyma (removing the need for a MIDI interface on the computer):