“Animation inspires the most inventive world of audio illusions, for it demands the highest performance from dialogue, music and sound effects.” – Ben Burtt 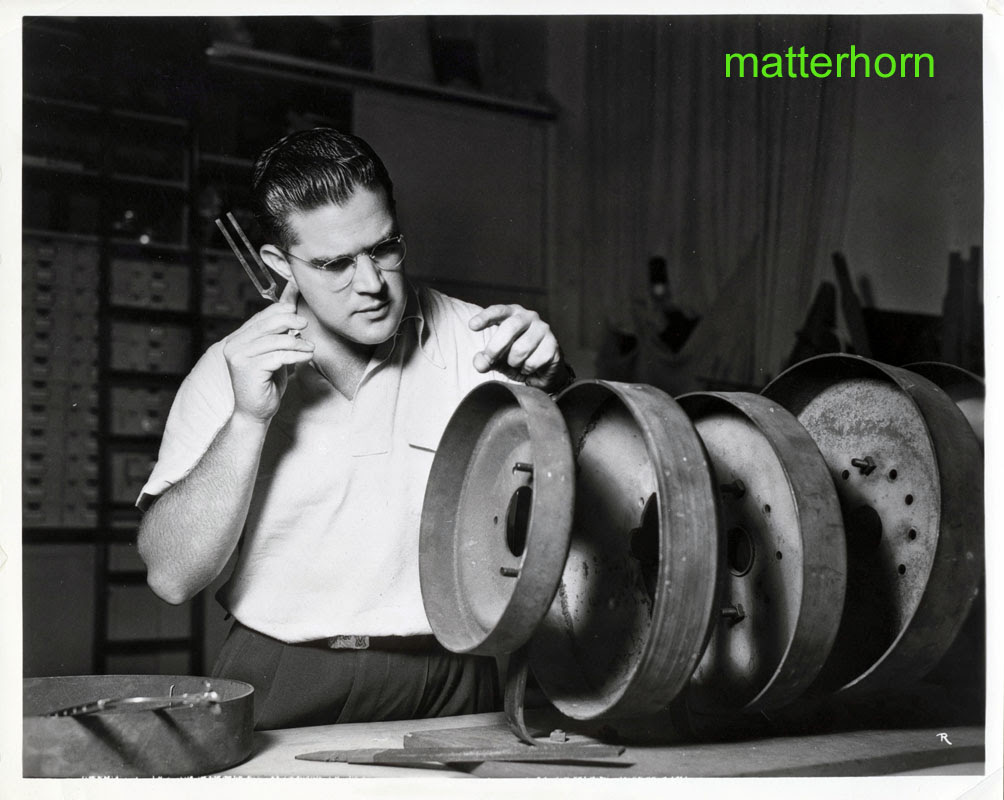 John James "Jimmy" MacDonald (May 19, 1906 - February 1, 1991) was a Scottish voice actor and the original head of the Disney sound effects department, and the voice of Mickey Mouse from 1947 to 1977.
In 1947, Walt Disney was getting too busy and too hoarse from smoking to continue voicing Mickey Mouse, so he passed the torch to MacDonald. MacDonald voiced the mouse on a regular basis until 1953 and a recurring one until 1977, passing the torch to young Disney sound effects man Wayne Allwine for Mickey's Christmas Carol. His voice repertoire included yodeling, whistling and sneezing for the Dwarfs in Snow White and the Seven Dwarfs, barks for Pluto, and the excitable, high-pitched voices of Chip 'n Dale on many occasions. MacDonald also did the voice of Bruno, Gus and Jaques  in Cinderella. He developed many original inventions to achieve expressive sounds for characters like the train Casey Jr. from Dumbo (1941) and the bees in Winnie the Pooh and the Honey Tre. For the 1977 animated feature The Rescuers, he came out of retirement to provide sounds for the feisty dragonfly, Evinrude.
Sound Stage Mysterious Place

Recording sound effects at the cartoon studio is more than just interesting. It is like a scene in an old alchemist's laboratory. You hear the director asking for a dog bark, or a dog sniff, for a kiss or shivery growl. Perhaps a door slam. The kisses are made by a musician who kisses the back of his hand. A bottle and a cork in their hands can be made to sound like a monkey chattering. A tin car with a resin covered string sounds like Mickey's trousers tearing. They have dog barks in all pitches, deep barks for big dogs, little barks for little dogs, and yips for frightened dogs. These sounds are made by the imitators who have specialized in voice control or by special apparatus designed for the purpose.
[via mouseplanet.com]
[more @ hollywoodlostandfound.net]
[James MacDonald @ IMDb]


In the following videos, legendary sound designer Ben Burtt and Joe Herrington, the keeper of MacDonald's “old stuff", explored historic props and sound-making devices, looking back on the early days of Disney. The featurette will also include footage with MacDonald at work in these classic animated films.
Videos:  "Animation Sound Design: Building Worlds from the Sound Up"
[part 1]
[part 2]

Joe Herrington at the Academy of Motion Picture Arts and Sciences
Herrington also demonstrated various types of sound effects equipment and their uses at "The Sound Behind the Image: Now Hear This!" in 2008.
"The audience gasped in delight as strange devices made from cans, tubing, metal, wood, leather and wire suddenly croaked like frogs and buzzed like flies, creating the bizarre but familiar sounds they’d heard so many times as children. A bundle of bamboo became the sound of Bambi’s fire. From the sound of a million marching ants, to making the mainspring of a clock talk in a human voice, MacDonald did it."
[via editorsguild.com]
[more @Animation Sound - via FilmSound.org]