Lee Unkrich is a longtime member of the creative team at Pixar, where he started in 1994 as a film editor. Unkrich graduated from the University of Southern California School of Cinematic Arts in 1990. Before joining Pixar, Unkrich worked for several years in television as an editor and director.  He came to Pixar on a temporary assignment during the development of Toy Story and he later moved into directing, as co-director of Toy Story 2, Monsters, Inc., and Finding Nemo.  His upcoming work Toy Story 3 will be released on June 18, 2010.

On Monday, Sept. 7, 2009 the 66th Venice Festival hosted a Pixar Animation Master Class on storytelling. Here's an excerpt of the speech by Unkrich during the special panel on animation. 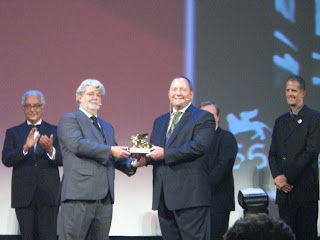 "What is the difference between editing live action and editing animation? During live action you shoot first and then edit together after you shoot. But in animation, we edit first, then create the footage. Or more accurately we edit, before, during and after the film is shot. The best analogy I could come up is that editing an animated film is like building a sand castle. one grain at a time. Thousands of bits to be assembled. We have to focus on innumerable details, frame by frame, moment by moment, as well as keeping an eye on the big picture and how the movie is playing as a whole.
At the end the editor’s responsibility is the same in live action and animation. He manages the narrative structure and flow of the film as well as orchestrates the sound and visuals to create an engaging experience for the audience.
Editing animated film begins with a first tiny piece and that piece is a drawing, a storyboard, that first drawing is followed by a second, a third… one hundred thousands storyboards. The storyboards are edited together in a story reel. It’s a working document, an extension of the writing process, it’s a way how to judge how the film is flowing. A story reel done well provides the audience with a nearly completed experience that its only going to get better when the film is animated.
The editors first task is to sequel all those hundreds of thousands of storyboard together. To give the appropriate timing in the different moments of the film." - Lee Unkrich 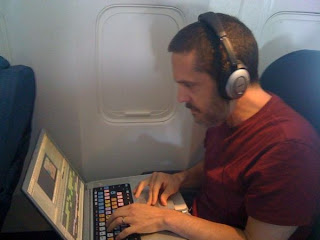 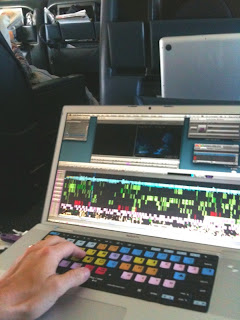 "Eventually the real roles of the film will be cast with real actors. The temporary dialogue  (performed by people we work with at Pixar) is then replaced by the performances of real actors. In addition to editing vocal performances we will also edit sound effects and we do this around the scene in a sonic environment and give it more texture and believability. It takes a lot of time to do all the sound work, but I think it is very very important to help to keep the audience wrapped up in a spell like the feel to watch a real film. We also take music from existing movie soundtracks and we’ll edit that music against the scene.
So even if the music in the finished film will be different than what we have put in, the tap music should support the desired pace and emotional tone of what we are going for. The wrong piece of tap music can ruin hundreds of hours of meticulous editing, but the writing of music can elevate even the simplest crudest story reel to poetry. When all combined together with dialogue and sound effects hopefully we'll have a good sense of how the scene is playing. If all goes well the scene will end up in a finished film." - Lee Unkrich 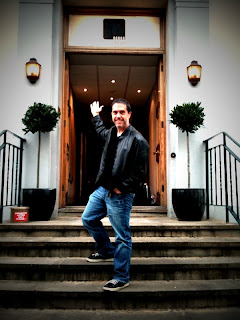 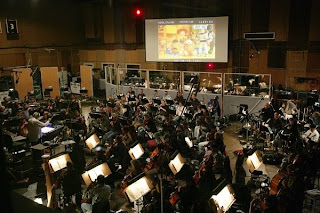 [Scoring with Randy Newman and the Toy Story 3 Orchestra]


"Animation is actually combination. Is the voice actor plus the animator. They create the character. In early exploration in animation we sometimes take lines of dialogue from movies with actors we are interested in. The choice of the actor really does affect the personality of the character. So in the voice casting is so important to get an actor who can be, first of all we always get actors that are themselves. Not care how big the star they are , the important thing is how good an actor they are to get the action.
The other thing we look for is improvisation, we want the actor to make the part their own. There is no better improvisation actor than Tom Hanks. In animation a very little detail is worked out and thought trough in advance so the thing you don’t often get is spontaneity. So the place where we can get spontaneity is the recording session." - John Lasseter

"I’d like to drill in a little more detail into one aspect of cutting which is particularly close to me and that’s dialogue editing. It is a vital part of editing especially in animated film, but in the end it is usually completely transparent to the audience. The vocal performances are reported for over several years and the actors are very rarely in recording studios together. That’s why the editor has got to all these different performances and edit them together to create the illusion of spontaneity and real action." - Lee Unkrich 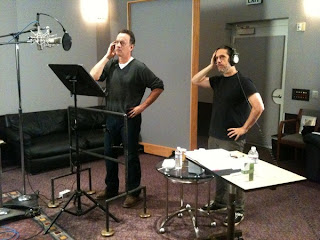 [Lee Unkrich and Tom Hanks at Woody sessions on TS3]


"Many of the lines are the price of many little pieces of several different takes. Some of them recorder at multiple recording sessions. One of the luxuries in editing for animation is that we have a degree of control over how to shape the actor’s performances that is really nearly impossible in live action. So for a single performance can comply with different multiple takes from months apart.
It is like I am cooking, I am trading the finest and freshest ingredients from all the performances of the actors and reducing them to a richest demi-glace. How does an editor know which pieces are the best pieces? Well, in the end the most important tool in the editor’s arsenal is his or her intuition. There is no better game than if the film feels right. It is not as easy to explain your intuition or defend it to anyone but a great editor a film maker in general needs to listen to their intuition and learn to trust their intuition. Editing is not about deciding when to cut but often when not to cut. Sometimes the most powerful moments come from the editor just sitting back and allowing to see it to play." - Lee Unkrich 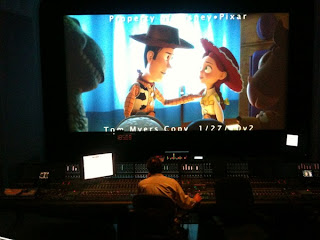 At ShoWest 2010, Dolby announced it is working with Walt Disney Pictures and Pixar Animation Studios to deliver a new audio format, Dolby Surround 7.1. Disney and Pixar have stated that Dolby Surround 7.1 will be launched in select theatres with the release of Toy Story 3 in 3D this June.

All material used on these pages is copyrighted by its respective copyright holder. Disney/Pixar images are ©Disney/Pixar.
Matteo Milani at 5/03/2010
Share